When sending a request, please, indicate the number of participants and the expected travel period or exact dates.

Arrival transfer from the airport or train station to your hotel. Dinner and accommodation at the hotel.

In the morning, panoramic city Tour of Vienna, approx. 3h.
Vienna’s most famous sights are waiting for you! Today you will see Vienna’s most important sights. Along the Ringstrasse Avenue you will see magnificent buildings like the Museum of Applied Arts, the State Opera House, the Museum of Fine Arts and the Natural History Museum, the MuseumsQuartier, Hofburg Palace (former winter residence of the imperial family), the Parliament, the City Hall, the university and the National Theater. Crossing the Danube River we will see the UN headquarters in Vienna and the so called “modern Vienna”, where you can find the House of Colors “Hundertwasser” built by the famous architect / painter “Friedensreich Kunterbunt Regentag Hundertwasser”. Before the tour ends, we will take you to Belvedere Palace (exterior visit) and its beautiful gardens.
Lunch in a traditional restaurant.
In the Afternoon – Imperial Vienna Tour through the historic city centre and Schönbrunn Palace, approx. 3h.
You will take a walk through Vienna’s Imperial history and learn about the beautiful streets, squares and places hidden in the heart of the city. We start with a walk through Volksgarten Park, where the statue of the Empress “Sisi” is located. Then we continue to Heroes Square and Hofburg Palace (exterior visit). One of the highlights of your stay in Vienna will be the interior visit of Schönbrunn Palace, the summer residence of the Imperial family and also known as the palace of Empress Sisi, where we will admire the rooms and salons (interior visit). A walk through the magnificent gardens will give you an idea of the imposing dimensions of this palace. After the tour transfer back to the hotel. Dinner and accommodation at the hotel.

Full day excursion to the Vienna Woods + Danube Valley, approx. 8h.
South of Vienna, we will visit the Höldrichsmühle area, where Franz Schubert, a famous composer, used to spend his summer holidays. At the Cistercian Abbey of Heiligenkreuz we will see the medieval cloister which houses the remains of the last Babenberger. Afterwards we will travel through the romantic Helenental to the former Mayerling hunting lodge, which is today a memorial chapel where Crown Prince Rudolf met his tragic end together with Baroness Mary Vetsera in 1889.Our next stop and highlight of this excursion is an interior visit of the Benedictine Abbey of Melk built on a rock close to the Danube and famous by Umberto Eco’s novel “The name of the Rose”.After lunch we’ll take you through the beautiful landscapes along the Danube to Dürnstein, where you will see the ruins of the castle where King Richard Lionheart was locked up. On our way back to Vienna we’ll pass by Krems – Austria’s wine capital. Dinner and accommodation at the Hotel.

Departure to Budapest by private bus. Arrival in Budapest- the capital of Hungary.
Lunch in a traditional restaurant. After lunch start of the first part of the city tour: Classic Budapest Tour, part 1, approx. 3,5h.
Budapest, the “Pearl of the Danube”, is divided into two parts by the Danube river. This tour will show you the Buda area – the hilly area of the city – where the Castle, the Fishermen’s Bastion with its magnificent views of the Parliament and the Danube, the Matthias church (interior visit), the monument to Stephen I and the National Palace are located.Transfer to the hotel and check in. Dinner and accommodation at the hotel.

Classic Budapest Tour, part 2, approx. 3h.
Today’s tour will show you the Pest area with significant monuments such as the Heroes’ Square, Andrássy Avenue, the National Opera, the Basilica of Saint Stephen (interior visit) and the commercial area. Afterwards interior visit of the impressive neo-Gothic building of the Hungarian Parliament – one of the symbols of Budapest. Construction works began in 1884 and ended in 1902. The building houses around 700 rooms. (Interior visit of the Parliament only possible if there is no official reception).
Lunch in a typical restaurant.Budapest walking tour, approx. 2h.In the afternoon, we continue with a walk along Váci Street, a well-known shopping street in Budapest. Váci is one of those streets that you want to walk through repeatedly thanks to its special charm and atmosphere. At each end of the street there is a “must visit”: Vörösmarty Square with the famous Gerbeaud coffee shop and the Central Market of Budapest, where our tour ends. The Central Market is the largest of its kind in the city, inaugurated at the end of the 19th century. It is one of the most visited places where you can taste and buy the great variety of Hungarian specialties. Transfer back to the hotel. Dinner and accommodation at the hotel.

Full day excursion to the Danube Bend, approx. 8h.
Landscape and history ensemble. As we leave Budapest, we pass by the Roman ruins of Obuda. After one hour of travel we arrive at the medieval town of Visegrad. From on top of the “Hill of the Clouds” you will enjoy a spectacular view of the ruins of the “Castle of Heaven” and the Danube bend.
About 30 minutes later we arrive at the old capital of Hungary, Esztergom, also the center of the Hungarian Christianity. We cross the Danube and arrive in Slovakia, to take advantage of the most beautiful view of Esztergom and Visegrad. We return to the “Hungarian Vatican” and visit the biggest basilica in Hungary. Inside the church of spectacular size and location we will see among other curiosities the Renaissance chapel and the tomb of Cardinal Mindszenty. Lunch in a typical restaurant.
On the way back to Budapest, we stop in Szentendre (St. Andrew’s), where after a walk through the old town you will have some time at leisure and the opportunity to do some shopping. We will finish the excursion with a boat trip back to Budapest. Pick up from the pier and transfer to the hotel by bus. Free time until dinnertime. Departure from the hotel by private bus. Farewell dinner in a folkloric restaurant in Budapest. After dinner, transfer back to the hotel by private bus. Accommodation at the hotel.

Check out and free time until transfer by private bus the airport. 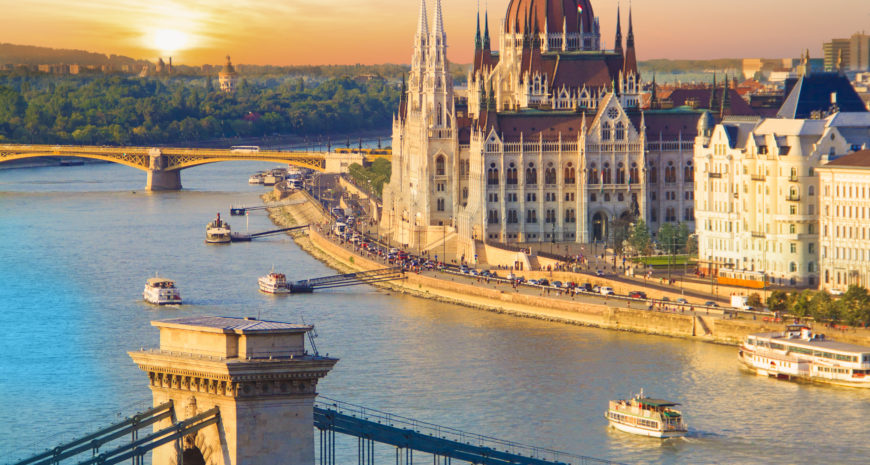 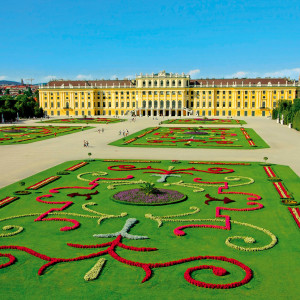 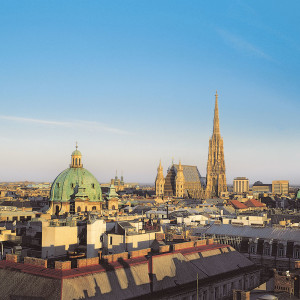 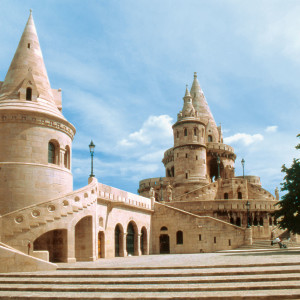 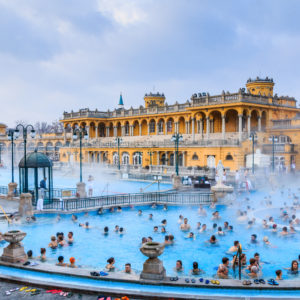