Browse through our excursions in Bratislava

We start the first part of our tour as a panorama city tour by car.  Passing along the Presidential Palace we continue driving through the Palisady district, full of villas built in style of functionalism at the beginning of 20th century. On the way we will see as well the Slovak National Theatre (Opera House) – home of the Philharmonic orchestra, lots of magnificent churches and the curious upside-down Pyramid. Short stops at Bratislava Castle and at Slavin Monument, from there we will have some breathtaking views on Bratislava.

Second part of the city tour is a walking tour through the historical city center. Our first stop will be at St. Michael´s Gate close to St. Clara´s church – the last medieval gate of the town – where we will learn the bloody stories of the Executioner who lived next door to the gate. Passing by Franciscan Square and Franciscan church – the oldest sacral building of Bratislava – we reach the Old Town hall „Primate´s Palace“ which is called a hidden gem of the city. Our tour will finish at the Main square where we „met“ the famous knight Roland on top of his fountain. 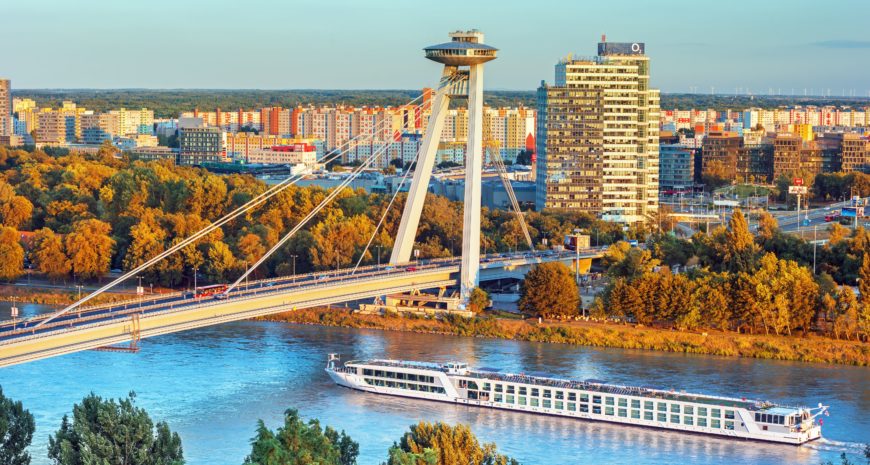 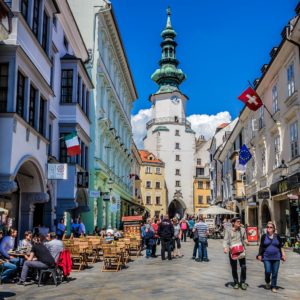 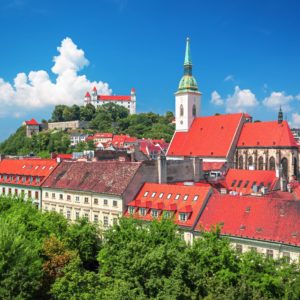