When sending a request, please, indicate the group size, the hotel category, the expected travel period or exact dates and if local bus services are required.

Arrival at Munich airport. Your tour guide will await you in the reception hall. Departure to lake Herrenchiemsee. Lunch in Prien at a restaurant. . In Prien we will take a boat to the Herrenchiemsee Palace, located on the island “Herreninsel”. This palace was built by order of Luis II of Bavaria. A Tour of the gardens and rooms will remind us of the splendour of Versailles. After the visit, we will take the boat back to Prien. Subsequently we will continue our journey to Salzburg. Checkin at the hotel and distribution of the rooms. Dinner and accommodation.

Breakfast. Panoramic walking tour through the city of Salzburg. Salzburg’s most important sights are waiting for you! The tour starts at the gardens of Mirabell Palace, there you’ll have a great view of the fortress. After crossing the bridge over river Salzach we’ll come to the alley Getreidegasse, where the birth house of Mozart is located. Next we will see the Residence Square, the Cathedral, the Horse Pond, as well as the Festival House and Saint Peter’s Church. Lunch in a traditional restaurant. Then we will board the bus and make our way to “Salzkammergut”, also known as the Lake District, one of the most picturesque lake areas in Austria. Our way will take us along lake Fuschl and Hallstatt. In Hallstatt we will make a stop to visit the town and explore the churches, the historic stairway and much more. We will continue our journey to Bad Ischl, summer residence of the last Austrian Emporar and his beloved Sisi. After a walk through the city and admiring the gardens of the Imperial Villa we will leave for our next stop – St. Wolfgang. The town is located at a lake of the same name, Wolfgangsee. In past centuries this place has been considered one of the most important pilgrimages sites in Europe. We will enjoy the wonderful landscape during a boat ride (approx.. 30 min, from St. Wolfgang to St. Gilgen). Return to Salzburg.Dinner and accommodation at the hotel.

Breakfast. Departure to Passau, also known as the city of the three rivers, because it’s located at the point where the Danube, the Inn and Ilz meet. Passau invites you to discover its architectural and artistic treasures, as well as to relax during a walk through its picturesque alleys and pedestrian areas. The city combines characteristics of the royal-episcopal and flourishing trade. An architectural highlight is the St. Stephen cathedral, which houses the biggest organ worldwide. Next we make our way to Regensburg, where we will have lunch in a traditional restaurant. After lunch walking tour of Regensburg. The city is listed as a World Heritage Site by UNESCO since 2006. Although the historic centre is relatively small the detailed tour gives us a great impression about the hidden gems of the city. During the walk we will admire the stone bridge leading over the Danube as well as the Gothic St. Stephens cathedral. While listening to the origin story of the city the most important churches and buildings will be indicated, some of which are almost a thousand years old. In the afternoon departure to Munich. Checkin at the hotel and distribution of the rooms. Dinner and accommodation.

Breakfast. Panoramic city tour. Munich is famous for its traditional breweries, but also for its culture and old traditions. We will show you the most important monuments of the Bavarian capital, with its numerous churches, historic buildings and museums including the Old and Modern Art Galleries. During the visit we will pass by Trinity Church, the Opera, the former Royal Residence and the famous English Garden. Furthermore we will see “Theresienwiese” a vast public green space which transforms into an enormous festival area for “Oktoberfest”. Then we make a stop to take a walk through the pedestrian area to the famous “Viktualienmarkt” – a market where all the specialities of Bavaria can be purchased, like the famous”Weisswurst” sausages. Lunch in a traditional restaurant. After lunch we will continue our walking tour through the city. Entering through one of the old gates of the city known as Karlstor, we will go to St. Michael Church, where the remains of the “Mad King” can be found. After crossing Marienplatz we will encounter the City Hall with its famous chimes and the Frauenkirche church. Subsequently we make our way to the Opera Square, the Feldherrnhalle, the Royal Residence, and the Church of St.Peter. Rest of the afternoon at leisure. Individual return to the hotel. Accomodation at the hotel.

Breakfast. Transfer to the airport. 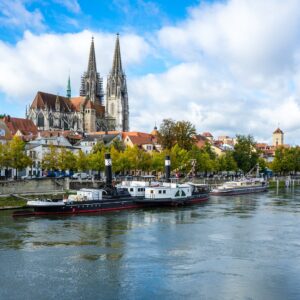 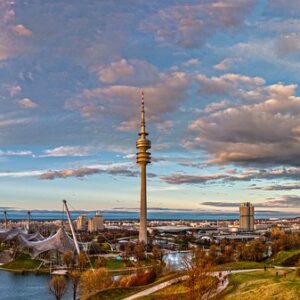 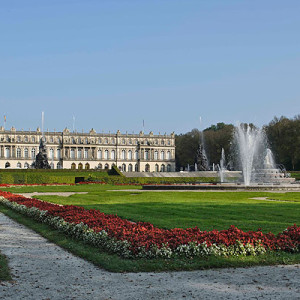 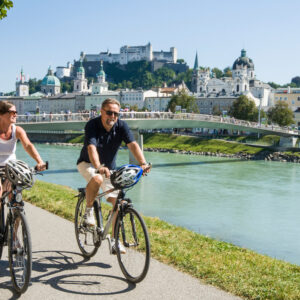 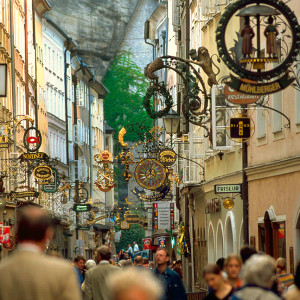